Guest Review: Try to Remember from Melissa at The Feminist Texan 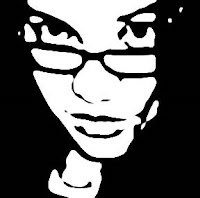 Melissa is a twenty-something (read: almost 30) Chicana vegetarian feminist. She is currently trying to find a job as a high school English teacher, but in the meantime she is a tutor. If she could live anywhere in the world she would live in Paris, even though she took four years of French and still cannot speak a lick of it. For now, she resides in south Texas with her two cats and one dog, all of whom were adopted from a shelter. Her favorite authors are Junot Diaz, Toni Morrison, Jhumpa Lahiri, and Leo Tolstoy. She is very lucky to have met all of them (except Tolstoy, for obvious reasons).

Iris Gomez’s Try to Remember is a beautifully written coming of age story that follows Gabi, a teenage Colombian immigrant living in Miami with her family.

Gabi is caught between two worlds. On one hand, she tries to be the best daughter she can be and help her parents as much as she can, especially since her mother is struggling to make ends meet each month while her father slowly descends into mental illness. On the other hand, though she was born in Colombia and remembers her childhood with nostalgia, she is coming of age in America and finds herself questioning her place within both cultures.

One of the things I loved most about this book was its timelessness. Though it’s set in the 1970s, I would forget about the era until things like spirit duplicators, women’s lib, and Vietnam were mentioned. Although the events of the era undoubtedly shaped Gabi’s views, the majority of her thoughts were focused on her family and on her experiences as an immigrant (such as worrying about her family losing their green cards and getting deported). A lot of the themes that were relevant to her then are still relevant now.

This is an excellent book for anyone wanting to catch a glimpse of an immigrant experience.

You can win a copy of this book as part of my Latino Books Month giveaway! Click here to enter.

The April monthly reviews were excellent, a wide varity of books. I love visitng new blogs and reading their reviews, I've discovered some great new blogs :) Remember, if you visit the reviews and comment on them, you could win a prize at the end of the challenge. 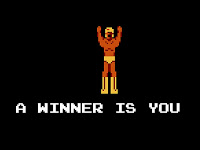 Whaddya think of my new winner picture? I got bored with the last one so I decided to switch it up.

Tea from I Love To Read

Yay! The review picked by random.org was Tea's review of Stigmata by Phyllis Perry Stop by Tea's blog and check out her other reviews.

Tea you have 48 hours to email me before I pick another winner. Please email me your mailing address and your choice of a book from the Prize List.

Also, I was thinking that it may be hard at the end of the year to pick one winner for commenting on the most reviews (thougthful comments not just 'good review'). So I'm looking for your thoughts on this, after all one of you could win the prize. The prize is a $25 bookstore of your choice giftcard. Should we have nominations, people could leave the names of people who have visited their reviews the most? Or something similar that rewards frequent commentors. OR should I (we) think of a different way to win at the end of the challenge?

So, I threw down the gauntlet in the last two weeks of April and challenged POC Reading Challenge participants to celebrate National Poetry Month by posting about poets of color. I know, it was last minute, but we got several really interesting posts out of it! Click here to check out the participating posts.
I also decided to award two participants with a book written by a poet of color. Here are my randomly-chosen winners and the posts that earned them a book of poetry:

Entry #2 - Jess at Stone-Bow wrote up a list of some of her favorite poets of color and provided links for more information on their work. Jess chose The Book of Light by Lucille Clifton as her prize.

Thanks so much to everyone who participated! I really enjoyed learning more about the fantastic poetry written by persons of color.
Posted by Katy at 8:52 PM No comments:

Aack! Sorry everyone, I fell behind and forgot to post this at the beginning of the month.

We would love to spotlight some of your reviews! Please email Pam if you'd be willing to have one of your POC Challenge reviews highlighted here. Her email is pam@eurobands.us and if you include a picture of yourself (if you have one) and a short bio it will make the spotlight that much better!

Link up your May POC Reading Challenge book reviews here: