The Diversity in YA Tour is coming to a city near you!

You can go to the tour page and see if the tour is coming near you. You guys from the PoC Challenge should definitely check it out and I will see you at the San Francisco date if you are local!
Posted by Pam Pho at 9:40 AM No comments: 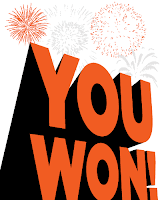 I am so sorry that this got posted ridiculously late. Junior year, second semester is a crazy year. Anyway I also wanted to check in and make sure everyone has received their prizes so far. If not please email me and I will do my best to track it down.

Winners will be emailed within 48 hours.
Posted by MissA at 6:56 PM 2 comments:

The Greedy Sparrow by Lucine Kasbarian 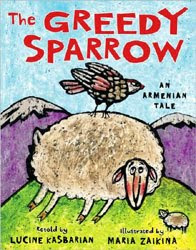 From Kirkus: “In Zaikina's bold, folk-style illustrations, both characters and landscape are heavily outlined in black, and the characters' dialogue is in speech balloons. Pictures are lightened with bright, textured colors (they were made with oil paint and layers of wax) and have an appealing, vigorous heft. Armenian folk attire and references to places in Armenia authenticate the tale. It's a rhythmic read-aloud beginning readers can share.”—Kirkus Reviews, March 1, 2011

From the Press Release:

An Armenian folktale retold by Armenian-American
writer Lucine Kasbarian and illustrated by Moscow-based artist Maria Zaikina debuts with
Marshall Cavendish Children’s Publishers in April 2011.
The Greedy Sparrow: An Armenian Tale is from the ancient Armenian oral tradition and
culture, which was nearly obliterated during the Turkish genocide of the Armenians, Assyrians
and Greeks in 1915. The author learned the tale from her father, editor and columnist C.K.
Garabed, who would recite it to her at bedtime. He had learned it from his own
grandmother, a celebrated storyteller from the Old Country. The tale was first put to paper
by Armenian poet Hovhannes Toumanian at the turn of the 20th
century.
The Greedy Sparrow is the first time this tale has been presented in the English language as a
children’s picture book. The story begins in old Armenia with a sparrow who catches a thorn
in his foot. As he asks for help, he sets off an intriguing cycle of action that transports him
through the Armenian countryside, encountering people engaged in traditional folkways.
The Greedy Sparrow ends with a surprising twist and conveys moral messages about greed,
selfishness and using one’s judgment. To address the ethical and human components of the
tale, a discussion and activity guide is available on the author’s website,
LucineKasbarian.com.


This sounds like a fabulous book and I love folklore! This book counts for the challenge. Let me know if you read it!
Posted by Pam Pho at 7:35 PM No comments:

Email ThisBlogThis!Share to TwitterShare to FacebookShare to Pinterest
Labels: Spotlight


Happy Spring! It's the start of another month, so here is the link-up page for April 2011.

Enter the direct link to your reviews, not to the main page of your blog. We'd like to be able to find your review directly through the link and not have to look for it. Thanks for participating!